Life of the Data Mind

Life of the Data Mind was a senior exhibit of art required for graduation.

I first heard the term “data mind” in a blog post about traveling. The author explained the concept of the Quantified Self, gaining an awareness of who you are and what you do that can be tracked by numbers. Fitness trackers had removed most of the barriers to this area previously only occupied by alpha geeks.

This quest for self-knowledge is originally what sparked the idea for the project. Combined with an interest in data visualization, I settled upon the format of an annual report — a trend headed by Nicholas Felton, which is gaining in popularity amongst practitioners of the quantified self. They have opened up the concept of the data mind to the rest of us, and for that I thank them. 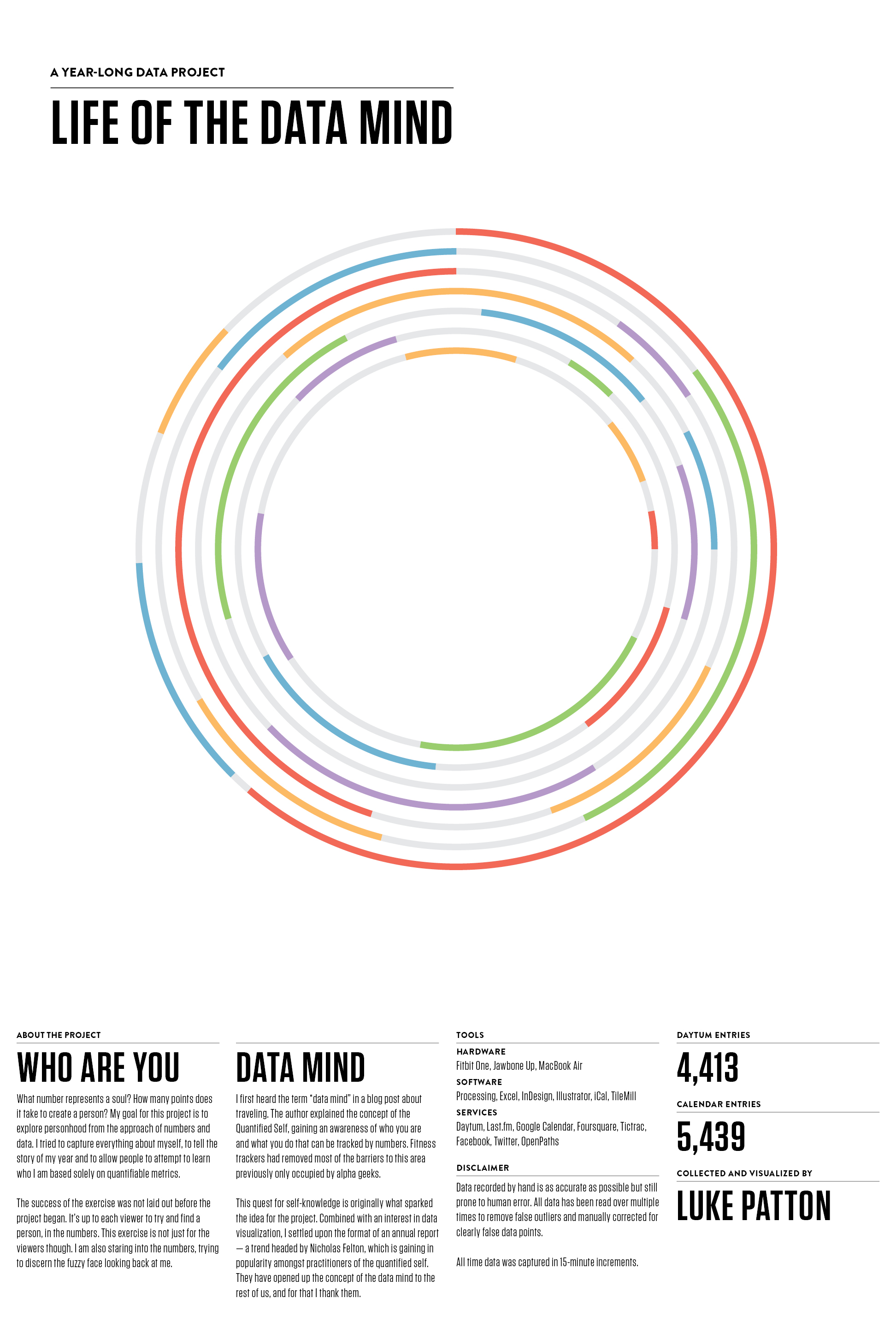 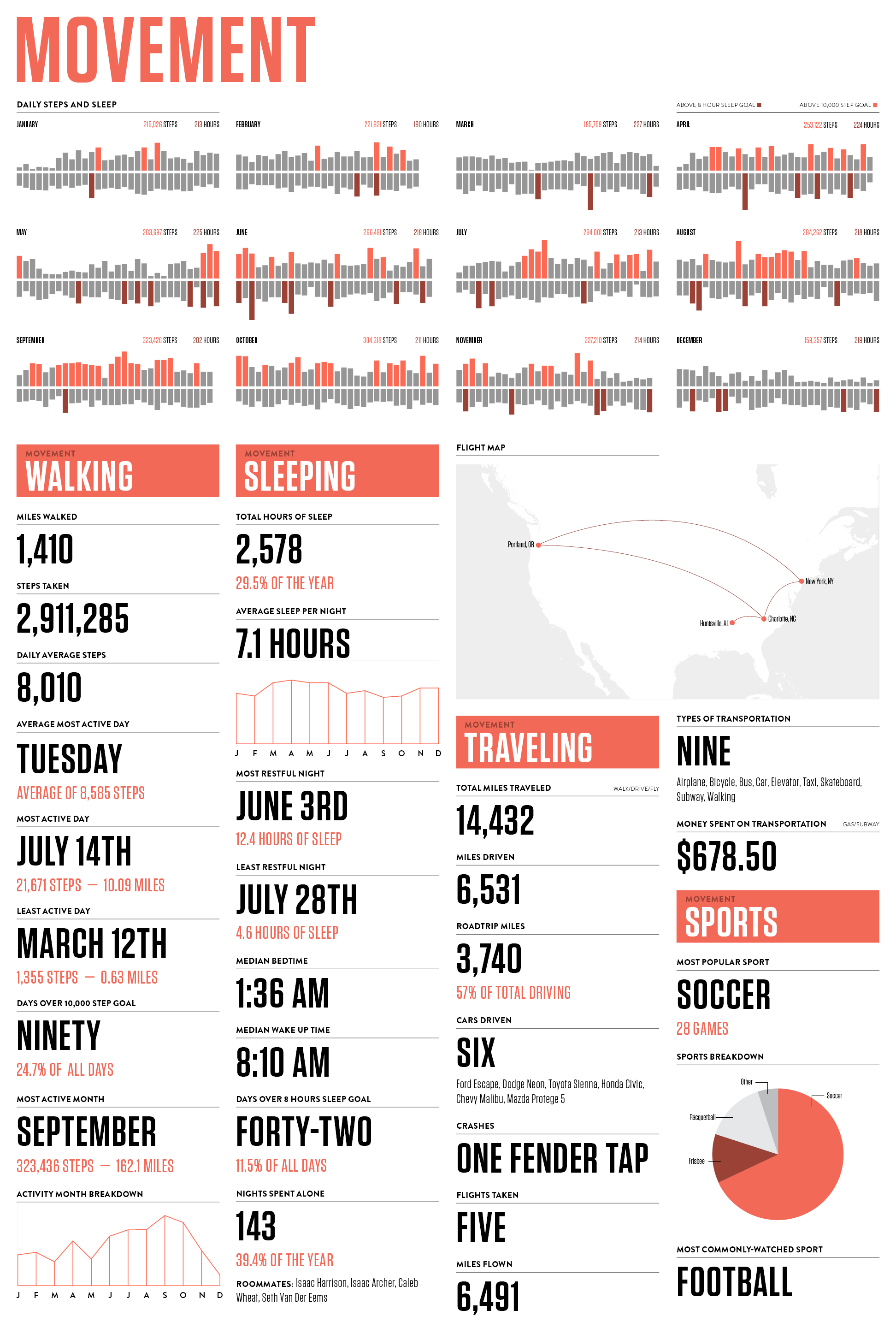 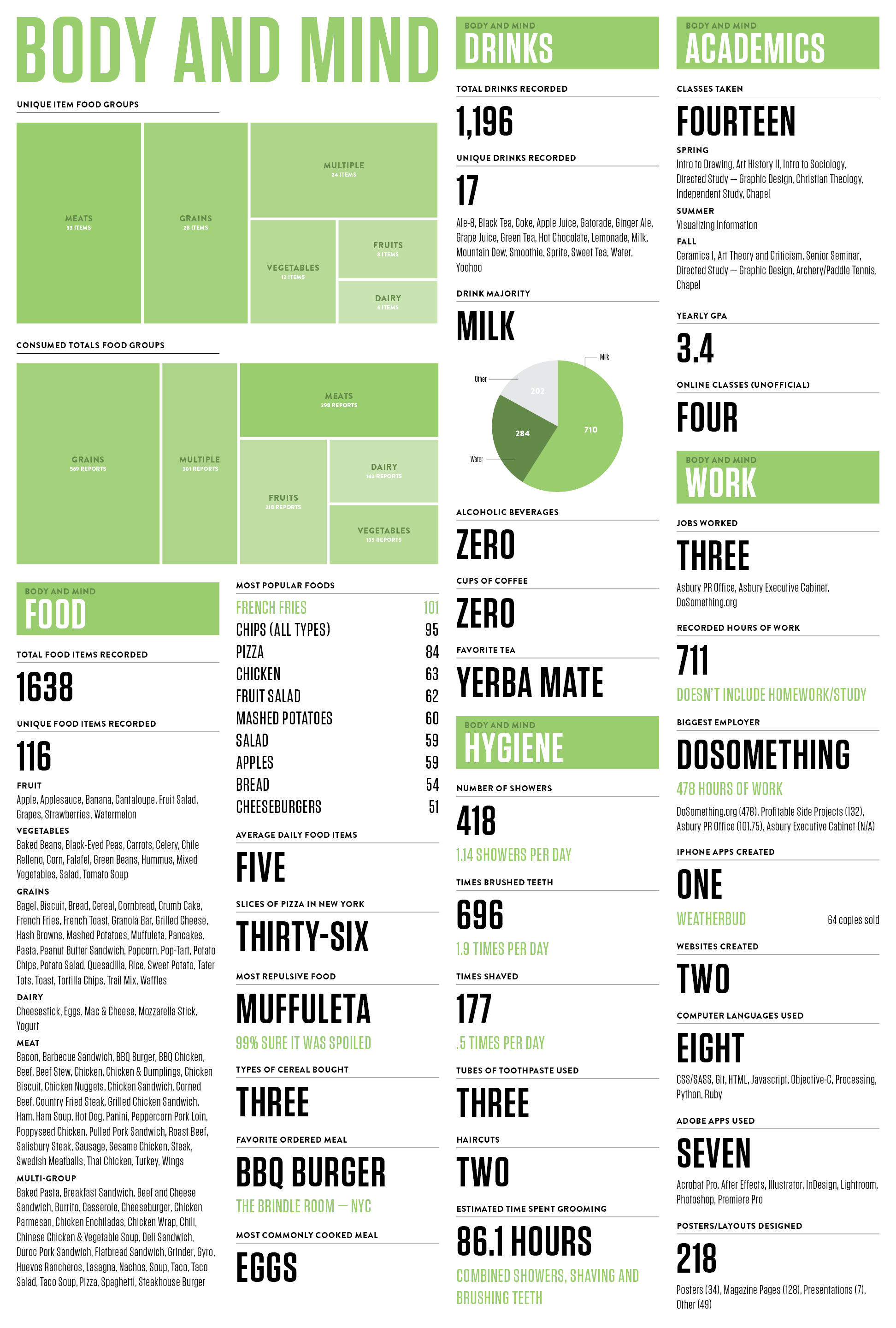 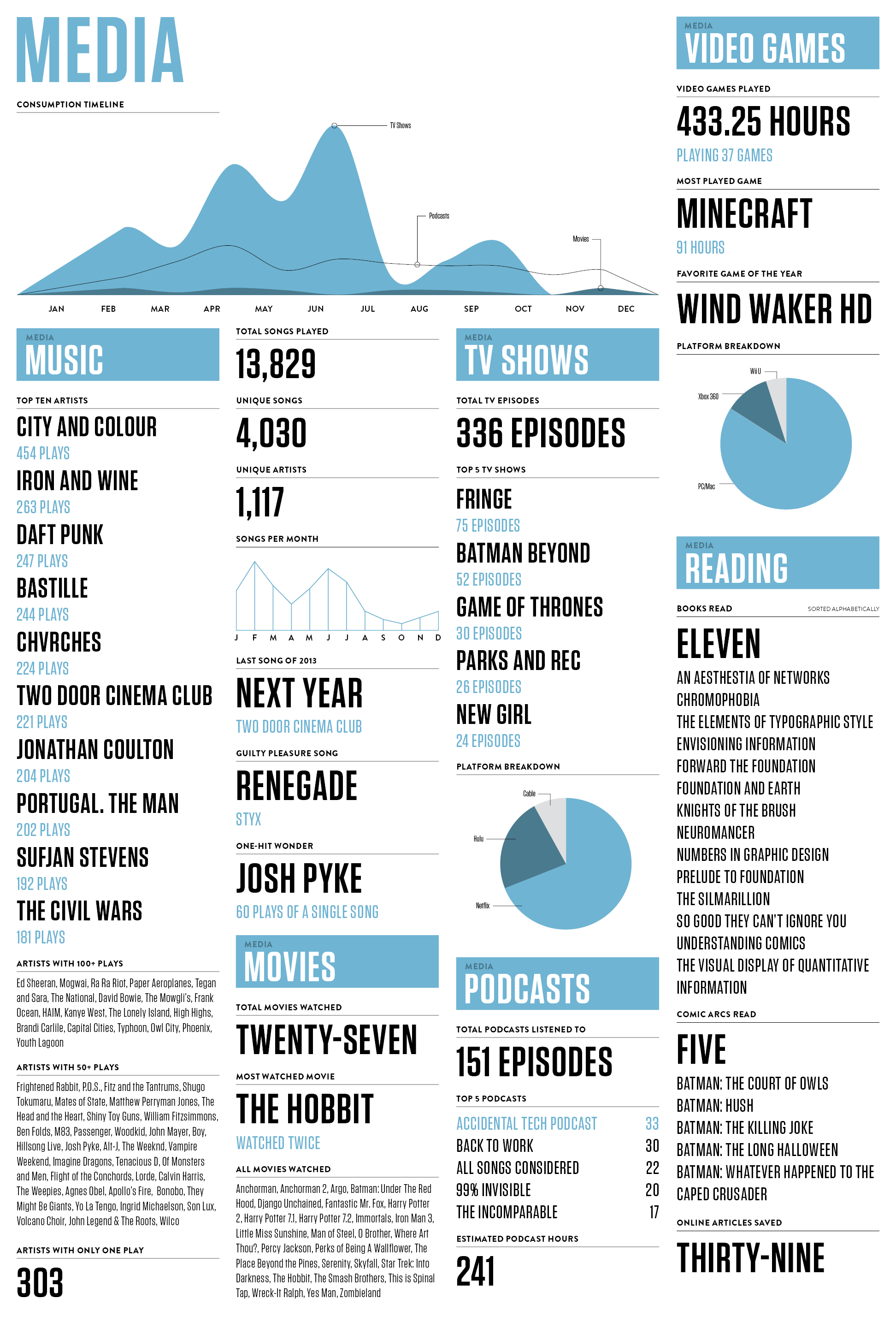 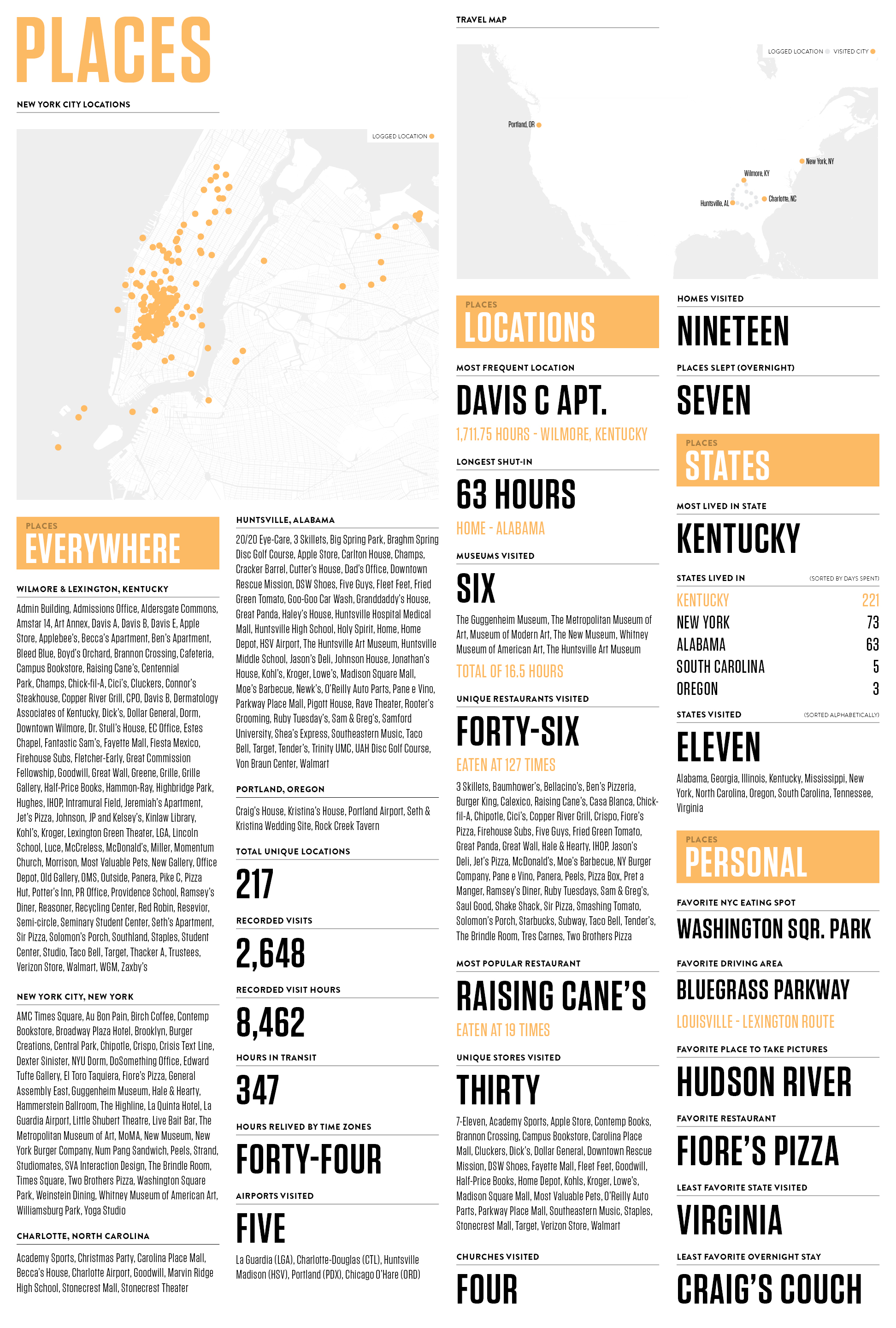 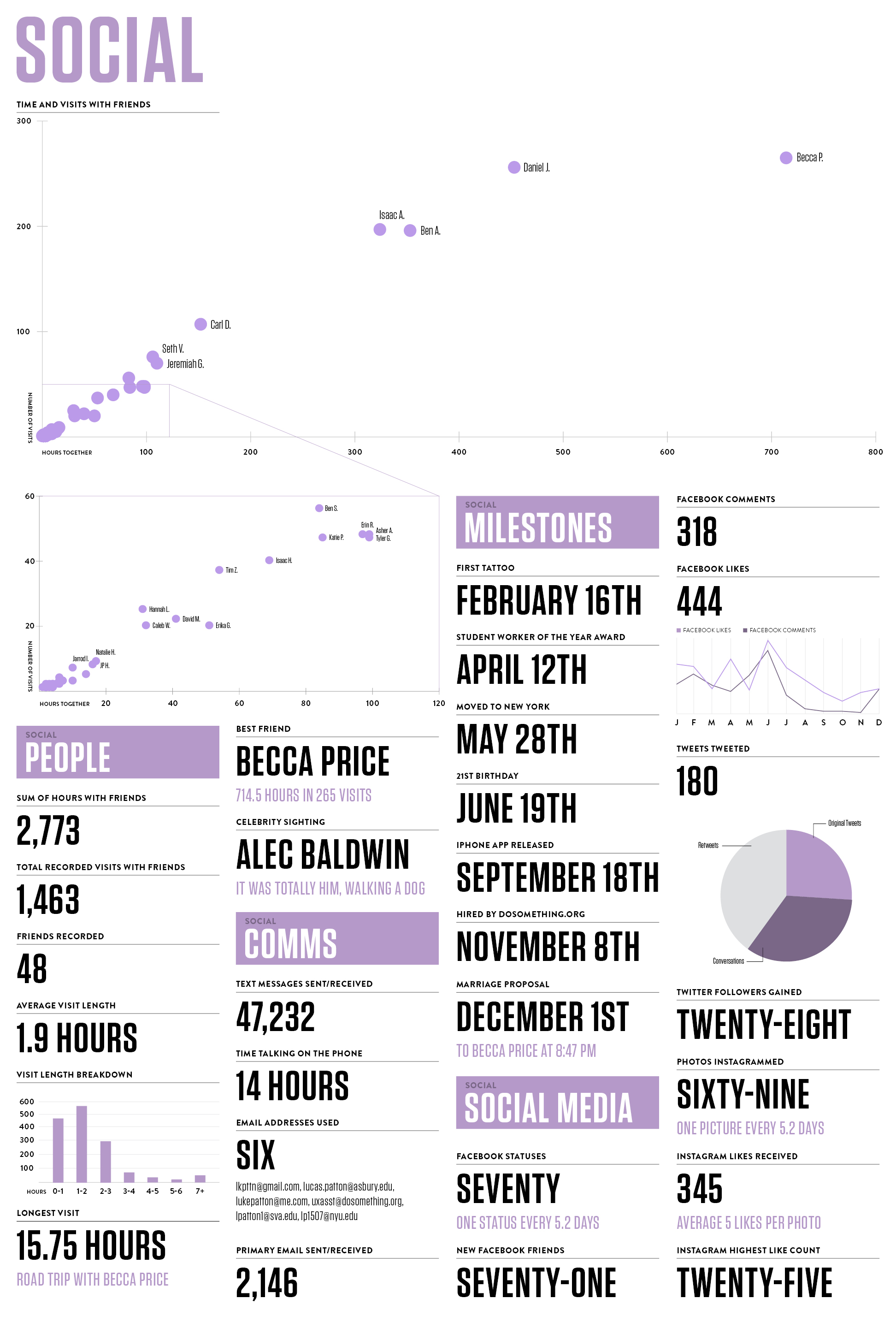